Does your dog ignore you – but not your spouse or trainer? Does your dog turn a deaf ear – in your direction? Your dog may be trying to tell you something – but you are not listening;  listening that is – the way your dog is listening. It may be that your tone of  voice matters when training your dog.

Dogs, like humans, respond to certain intonation and stress patterns when spoken to and will respond by not only ‘what is said’ but ‘how it is said’ trippingly from the master’s tongue.

Some may call this ‘selective hearing’ in both species, however many linguists, dog owners, and animal behaviorists will agree that an ill-spoken demand or command will only lead to frustration. Your tone of voice, otherwise known as paralanguage, carries with it a specific message and meaning that has a direct effect on determining the outcome and response you desire. The vocal message may be subtle in sound but very powerful when picked up by a dog or human ear.

“Whoever speaks to me in the right voice; him or her I shall follow.”~ Service Dog

A brain-scanning study shows that dogs have voice regions similar to human voice regions. (Courtesy of PBS Online by WGBH)

A new study was just released that discusses this very subtlety in our voices that dogs pick up on that influence their response to certain vocal patterns and command requests. But before we go further with these research findings we need to understand human speech patterns. For an example of patterns in speech, let’s look at the intonation or tone of voice patterns in the English language, the non-verbal vocal Standard American speech patterns some of us learned as children. There are (6) intonation patterns that are very specific to American speech and can be categorized as upward, downward, and circumflex. I teach the following in my  Voice (Intonation) and Diction class:

What do the above non-verbal intonation patterns mean in relation to our vocal utterances and our Service Dogs? It can mean that inconsistency or variation in pitch changes may influence how our dog perceives our request and which side of the brain is listening. According to scientists at Sussex University their studies suggest that emotional tone, intonation, and volume changes in our human utterances changes what the dog hears from our paralanguage (our vocal) as well as verbal speech. A recent study conducted at the university found that similarly to humans, the verbal and non-verbal (vocal) elements of speech are processed in different areas of the brain. The researchers were looking at the dog’s response to hemispheric biases – left vs. right brain when processing their response to human speech.

How was this done? The researchers played recorded speech on either side of the dog (25 dogs observed) so that the sounds entered each of their ears at the same moment and at the same volume. The study concluded that the right hemisphere was more important for intonation or speaker-related non-verbal ‘vocal’ communication clues. Where as with the left hemisphere, familiar commands and actual words were more important. Each hemisphere accessed the speech patterns via the opposite ear, and the scientists observed the dogs turning different ears towards the sounds depending on “what kind” of communication was being directed at them.

What were the results? Sussex University’s recently published article stated the following: “Our results showed that when the speech was meaningful for the dogs (such as the command “come on then”), but the vocal features such as gender or intonation had been weakened or removed, the dogs were more likely to turn to the right, therefore showing a left-hemispheric bias. But if the command was in a foreign language, or if the phonemes (consonants and vowels) were put into the wrong order (“thon om ken”), then the sound ceased to be meaningful to the dog and the reverse hemispheric bias was observed.”

What did they observe? When the word command was delivered in an emotionless tone, the dogs turned right, suggesting the dogs were concentrating on the words and not the intonation. But when the word commands were exaggerated intonation or with greater emotion, the animals turned left.  Based upon this research can you tell how and if your dog understands your verbal and non-verbal speech? If you are a speaker of Standard American English are you always aware of ‘how’ you say something to your Service Dog, as well as ‘what’ you say?

Subtle variations in your speech pattern or tone of voice, could illicit an opposite response, or reduced response to the task requested. Perhaps they responded to a command more slowly or half-heartedly than usual. Perhaps your non-verbal intonation pattern had a subtle change in: 1)    Volume (loud-soft) 2)    Rate (fast-slow) 3)    Pitch (high-low)  Upward-high; Downward-low Circumflex (high to low; low to high) Even a subtle difference may have communicated a confusing or different request, and therefore, a different response.

Try using the different intonation patterns listed above and do some research and observations for yourself: 1) Is your Service Dog turning their head left or right? 2) Do they have hemispheric biases? 3) Does ‘how’ you ask them to do a task make a difference in their response time and completion of the task requested? There are as many as (90) different commands that can be taught to Service Dogs, yet, if they have learned a specific command for a specific task do they always respond to your request the same way? They may not know everything we are asking of them; but we can be sure they are mirroring back their understanding – if we are listening! 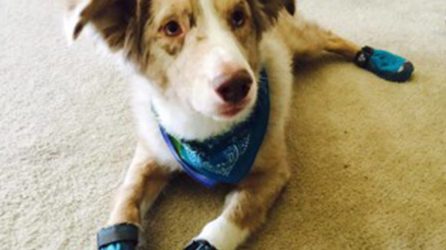 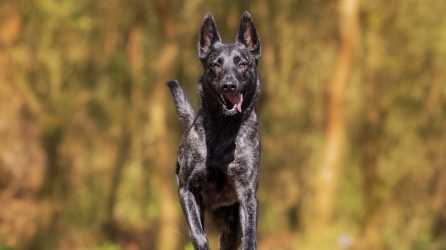 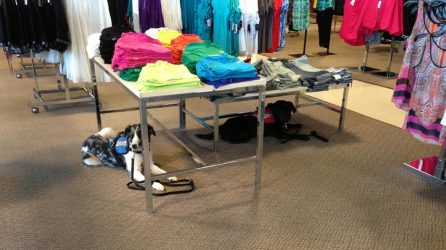 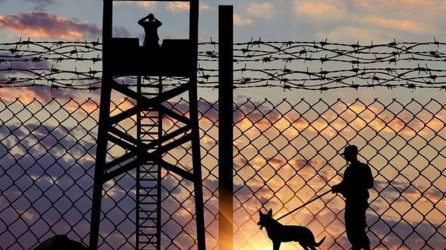 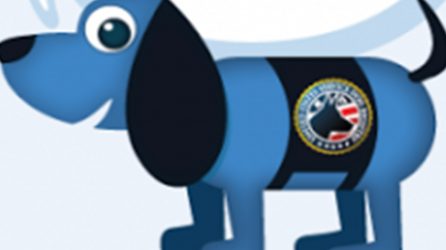 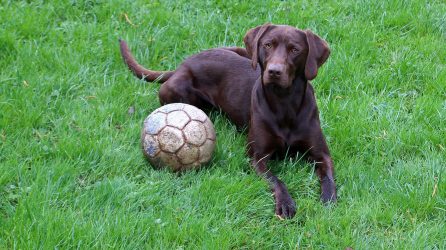