An estimated 300 dogs assisted in search and rescue efforts after the attacks, that’s according to the 9/11 Memorial & Museum and the American Kennel Club. Many of the working dogs spent hours alongside handlers sniffing through rubble in hopes of finding survivors. Reports suggest most of the dogs only sustained minor injuries during their efforts: mainly cuts and scrapes to their paw pads. Here are 10 notable canines who helped others at the World Trade Center.

Roselle was sleeping under her owner, Michael Hingson’s, desk when a plane hit the first tower 15 floors above them. The three-year-old was Michael’s fifth guide dog, and helped her owner escape the building through smoke and crumbling debris via staircase B. She led her owner and 30 other people down 1,463 steps from the 78th floor out of the tower, which took over an hour. As they left the building, Tower 2 collapsed. Hingson later said: “While everyone ran in panic, Roselle remained totally focused on her job, while debris fell around us, and even hit us, Roselle stayed calm.” The brave dog then led her owner to the safety of a subway station, where they helped a woman who had been blinded by falling debris.

Another guide dog, Salty, was on the 71st floor with his owner, Omar Rivera, when the hijacked plane hit the World Trade Center. Rivera recalled how they tried escaping down the nearest flight of stairs, but it was filled with smoke and became very hot and he thought it was too much for Salty, so let go of his harness so the dog could head down alone. Omar said he tried to let the dog go, but Salty refused and guided him to safety. Both Salty and Roselle were awarded a joint Dickin Medal, a British medal awarded to animals that have displayed “conspicuous gallantry or devotion to duty while serving or associated with any branch of the Armed Forces or Civil Defence Units”. The award is commonly referred to as “the animals’ Victoria Cross“

A NY-NJ Port Authority Police Officer salutes near a painting of Sirius, a K9 dog killed during the terrorist attack at the World Trade Center, during a memorial service at Liberty State Park April 24, 2002 in Jersey City ( Image:
Don Murray/Getty Images)

Explosive detection dog Sirius was the only police dog to die in the 9/11 attack. The K9 employee was working with the Port Authority of New York and New Jersey Police Department with his handler David Lim. The duo were in the south tower when the north tower was hit, violently shaking the ground. Lim secured his partner in his kennel before investigating. He went on to rescue injured civilians, surviving the collapse of the north tower – but as he was rushed into an ambulance, the south tower came crumbling down on top of Sirius, who was in the basement. His remains were recovered over a year later in winter 2002, and his training leash and badge is housed in the 9/11 memorial museum in New York.

Pronounced Britnee, this Golden Retriever was just two-years-old when she found herself on her first assignment – searching for Ground Zero survivors. Her trainer, Denise Corliss, was a volunteer firefighter with the Cy-Fair Fire Department. They worked on the scene for 10 days, later going on to assist in rescue efforts after Hurricanes Rita, Katrina and Ivan. She passed away in 2016, just shy of 17 years old, with kidney failure – and was believed to be the last surviving dog from the terror attack. She was given a hero’s farewell, draped in an American flag as firefighters and search and rescue workers lined the streets to salute her.

Between them, Coby and Guinness helped for 264 hours, working 12-hour shifts over 11 days to locate the remains of dozens of people within the rubble. The two Labradors searched tirelessly through the debris of the collapsed buildings, on a search and rescue mission far larger than anything they’d trained for. The dogs were rewarded for their efforts with a nap or a chew toy, before returning home to Southern California to retire with their handler, Redlands Battalion Chief David Graves.

Kent Olson and his dog, Thunder, from Lakewood, Washington search through the rubble for victims of the September 11 terrorist attacks at the World Trade Cente ( Image:
Andrea Booher/FEMA/Getty Images)

Kent Olson traveled from Washington with his dog, Thunder, to search for victims of the terrorist attack. Typically Thunder would search for victims and survivors of avalanches and possible drownings – but this challenge was much bigger than anything he’d worked on before.

At just 18-monthsold, Sage became a search and rescue dog. Her very first mission on September 11, 2001, was searching the Pentagon following the attacks. Sage sniffed out the body of the terrorist who had flown American Flight 77 into the building. The Collie was later deployed to Iraq, in 2007, to search for US soldiers captured or killed by terror groups.

This brave German Shepherd located the last survivor of the incident, 27 hours after the buildings had been hit. The south tower had collapsed around Genelle Guzman-McMillan, and Trakr was able to detect the Port Authority of New York worker, alerting firefighters to her location. She had been on the 13th floor when the building crashed down on top of her, but she was found alive on the morning of September 12. Two days later, Trakr collapsed from chemical and smoke inhalation, burns, and exhaustion, and was treated by vets at the scene before returning home to Canada. Trakr passed away in April 2009, but not before his DNA was entered into a cloning contest by his handler. In June 2009, five cloned Trakr puppies were born.

Jake and Mary Flood, his handler.

Jake’s handler, Mary Flood, is a member of Utah Task Force. Utah Task Force 1 is a federal search and rescue team trained to respond to disasters. Jake was most noted for his work following the September 11 attacks, where he helped search for human remains at Ground Zero. Jake, like other rescue workers and dogs, was honored by New Yorkers as a hero. Jake, wearing his search and rescue vest, was treated to a free steak dinner at an upscale Manhattan restaurant on the evening he arrived to work in New York City. Jake served as a rescue dog at the World Trade Center site for 17 days. Like the humans and other rescue dogs he worked with, Jake was exposed to the physical hazards of Ground Zero, including sharp debris and suspected unhealthy air.

Jake also served in his search and rescue team following Hurricane Katrina in 2005. Jake, along with his Utah Task Force, drove over 30 hours from Utah to Mississippi to help search for survivors and victims of following the hurricane’s landfall. Jake was also deployed to the Gulf Coast in the aftermath of Hurricane Rita.

In his later years, Jake helped to train younger prospective rescue dogs, as well as their handlers. Jake helped other dogs to learn to track scents in difficult places and terrain, including under the snow and even up trees. Jake also worked as a therapy dog at Utah nursing homes and at a camp for burn victims.

Train on your own or with a trainer Service Dog Standards helps create a level playing field for individual trainers, large training organizations and owner-trainers by helping handlers understand their responsibilities. Learn more > 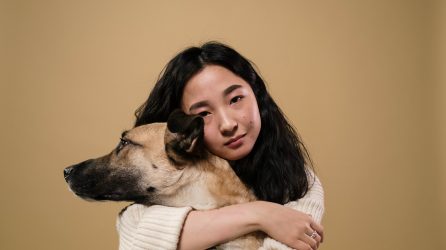 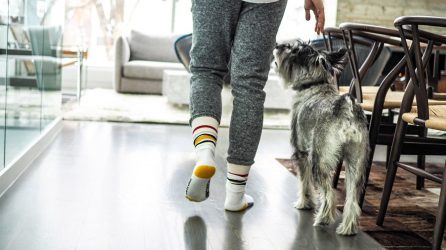 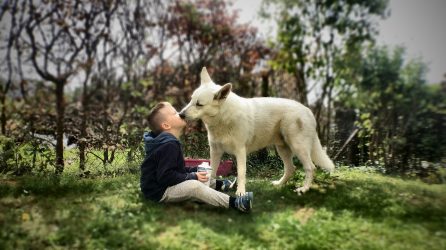 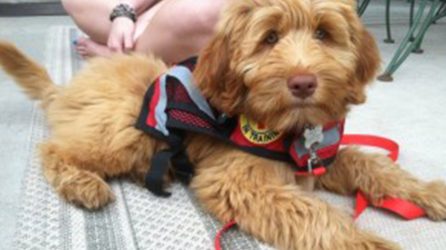 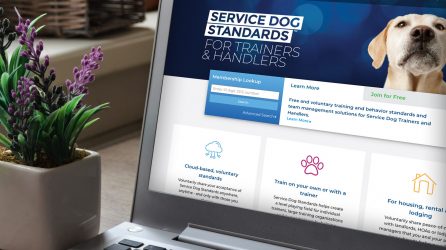